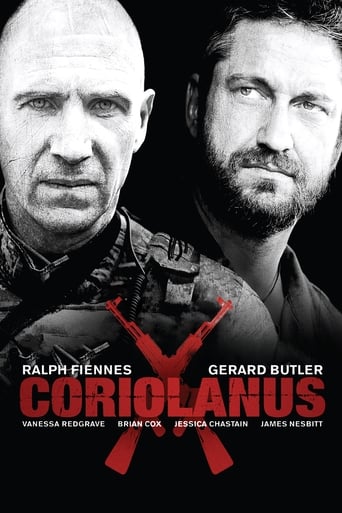 Caius Martius, aka Coriolanus, is an arrogant and fearsome general who has built a career on protecting Rome from its enemies. Pushed by his ambitious mother to seek the position of consul, Coriolanus is at odds with the masses and unpopular with certain colleagues. When a riot results in his expulsion from Rome, Coriolanus seeks out his sworn enemy, Tullus Aufidius. Together, the pair vow to destroy the great city.