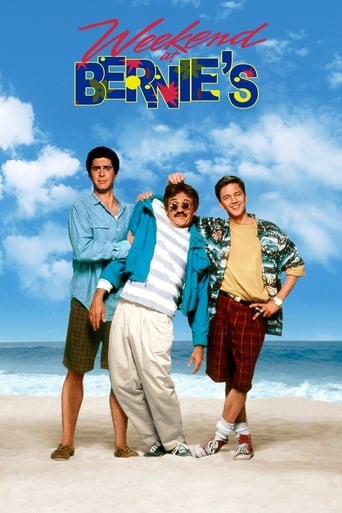 Bernie may be dead, but he's still the life of the party!

Two friends are invited for a weekend to a luxury island with their boss. The boss gets shot and nobody seems to notice, except for the two friends. In order not to become suspects of murder they treat the body as a puppet and make people believe he's still alive. The killer wants to do his job so when he is informed that the stiff is still alive he's got to shoot him again, and again, and again.